Every year several pairs of great grested grebes nest in lake Littoistenjärvi. The nests are usually hidden in reeds on the beaches.

In the summer of 2021, this couple mated and started nesting only at the end of May. Was the first nesting destroyed, or were they just late on the move?

The grebes mated on two different rafts, which are often built only for mating, and the actual nest raft is built inside the reeds. This couple did things differently and built an actual nesting raft from another raft. There used to be a Eurasian coot nest at the same nesting raft in the spring, but for one reason or another it was destroyed before the grebes arrived.

In this same place, the grebes also tried to nest the previous summer, they already hatched, but then the whole nest raft was washed into the lake with the waves. Now the nest looked sturdier and higher. It would be interesting to know if this couple was the same as the one that tried in the same place last spring.

Reeds grew around the nest raft quickly, so I could not monitor the progress of the nest or its possible destruction. In the end, it seems to have turned out well: the couple had two newly hatched chicks in the first half of July.

On a few July evenings and very early mornings, I followed the activities of the grebe family in nice lights near the nesting reeds. The adults fished in turn, while the chicks stayed most of the time on the back of another adult.

There seemed to be quite a big difference in the fishing skills (or luck?) of the adults: one of the adults caught the catch very quickly, but the other had to work for a long time before succeeding. Sometimes the catch was too big for the chicks, in which case the fisherman ate the catch himself. 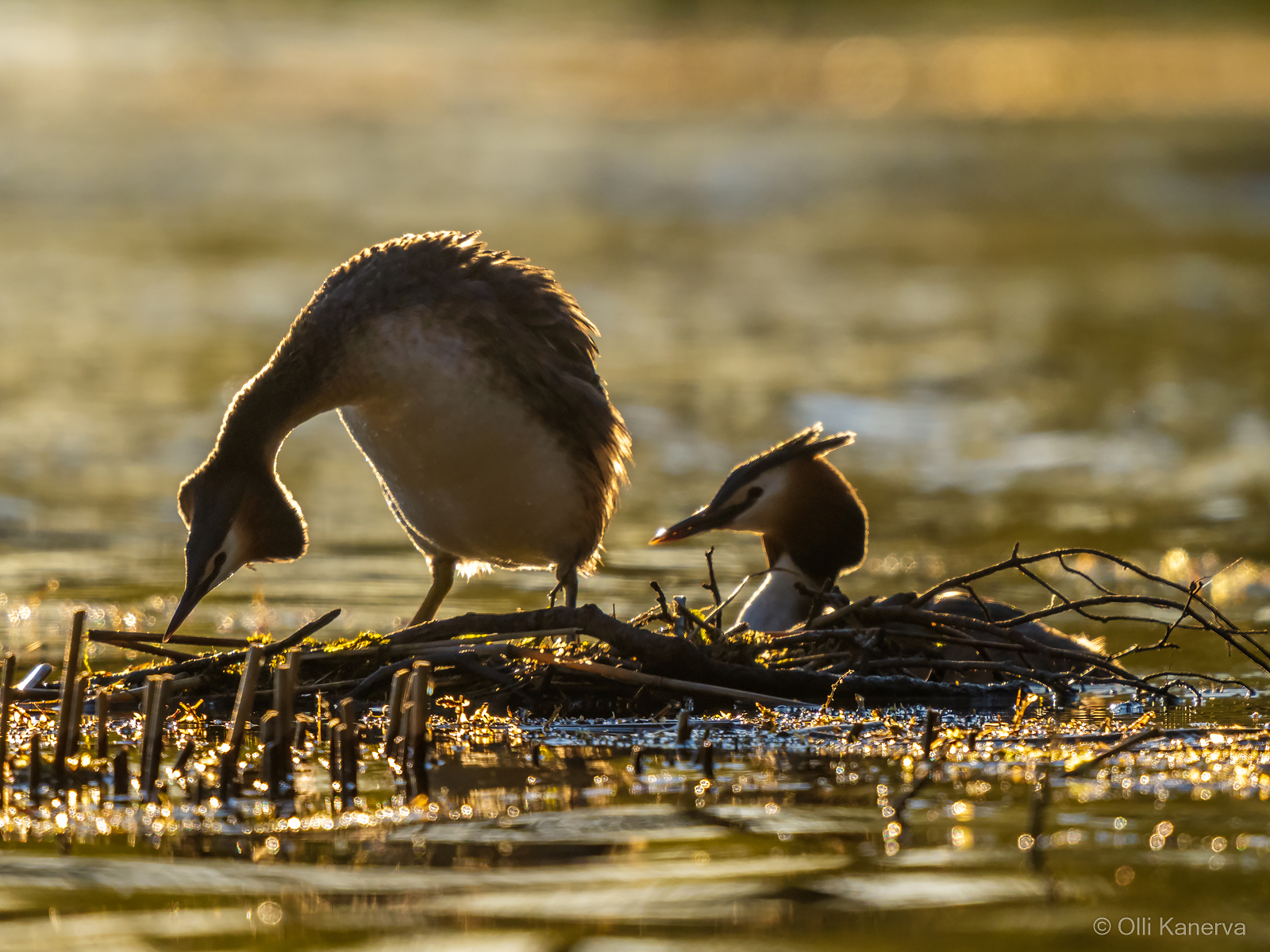 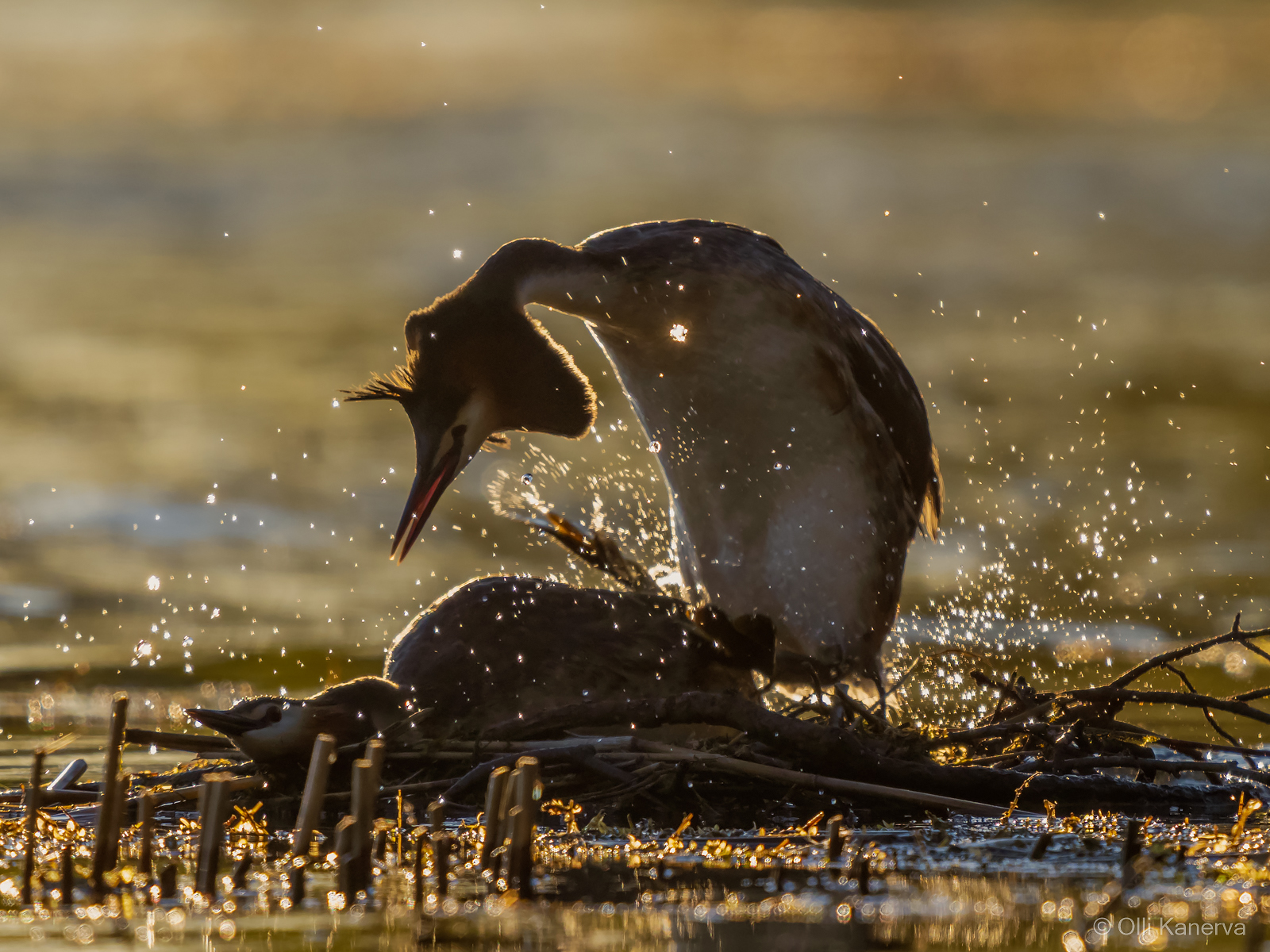 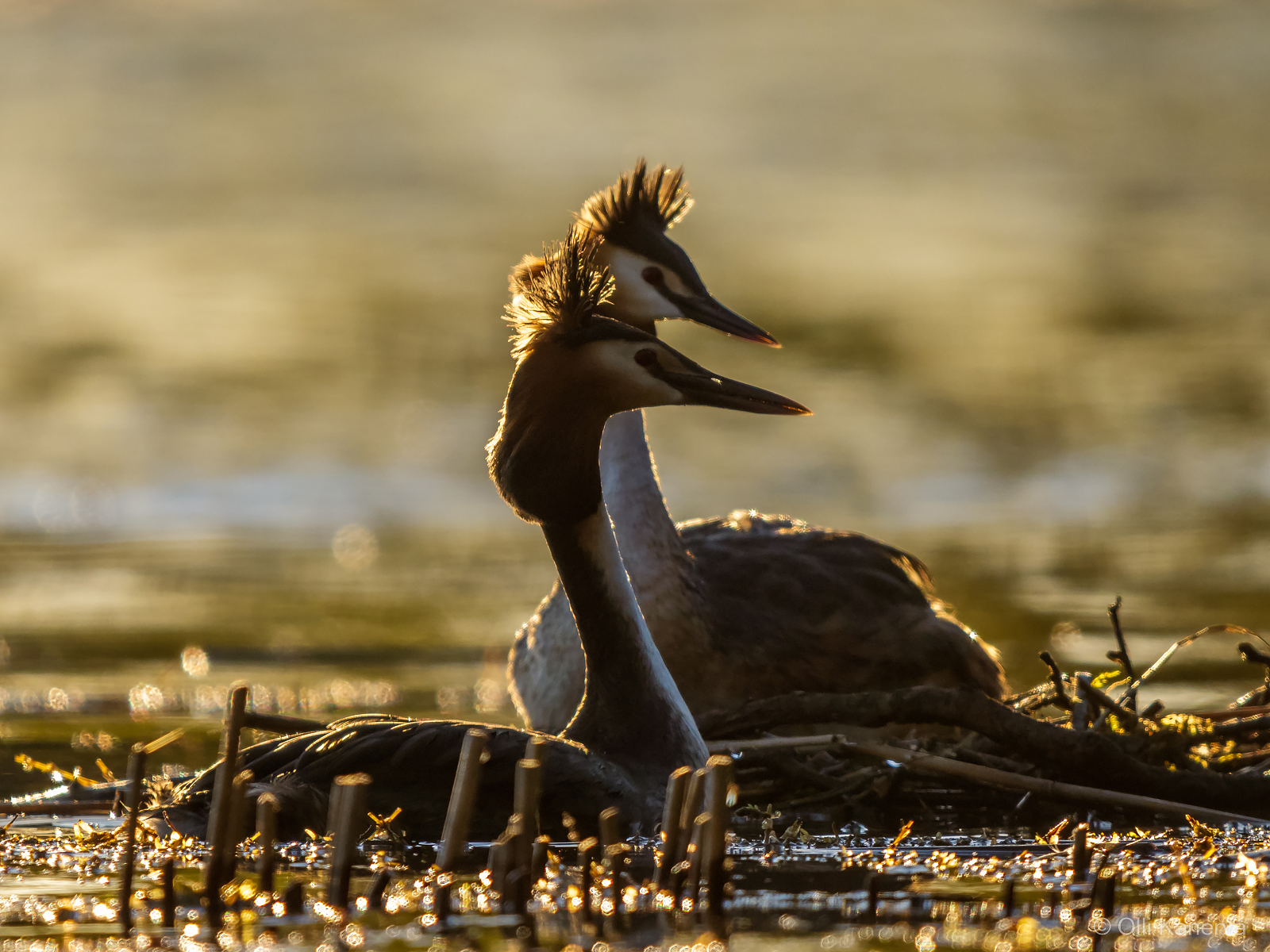 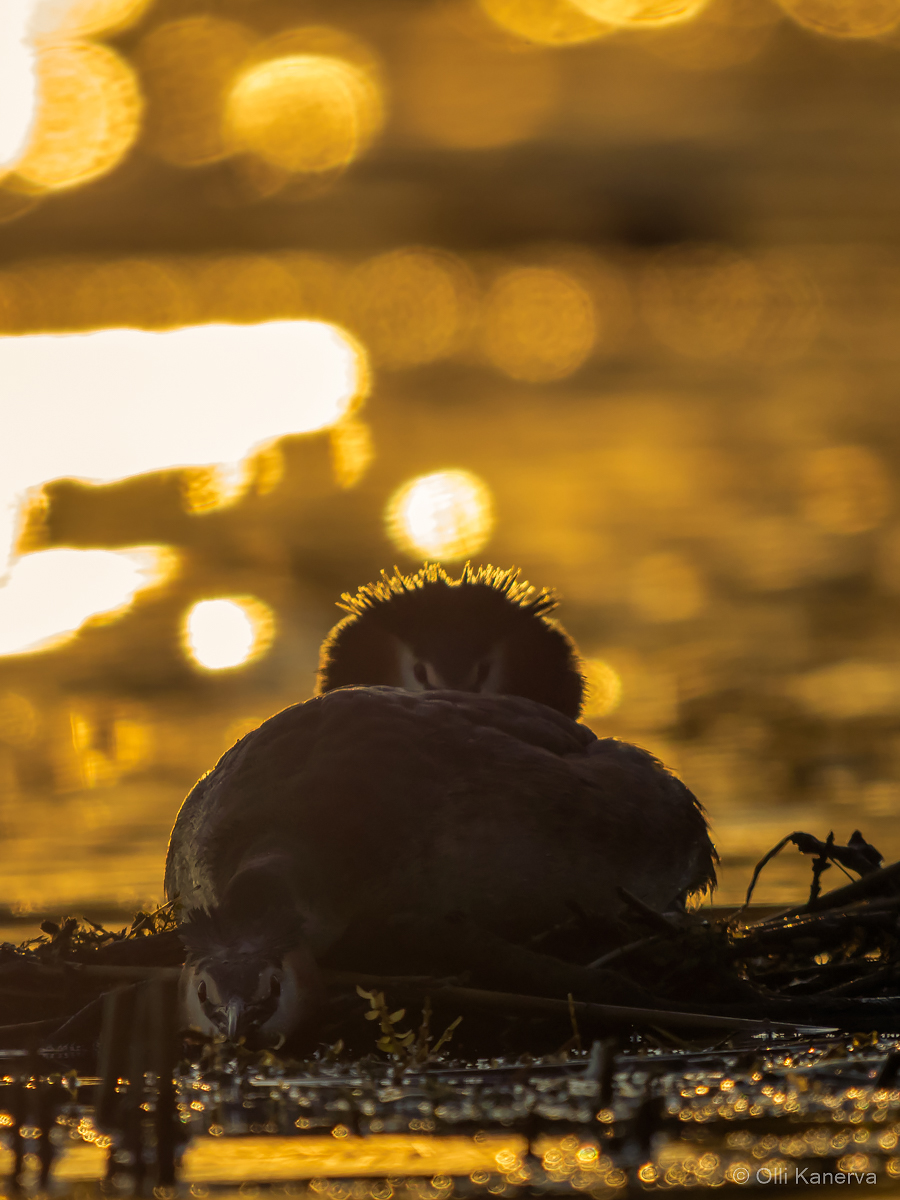 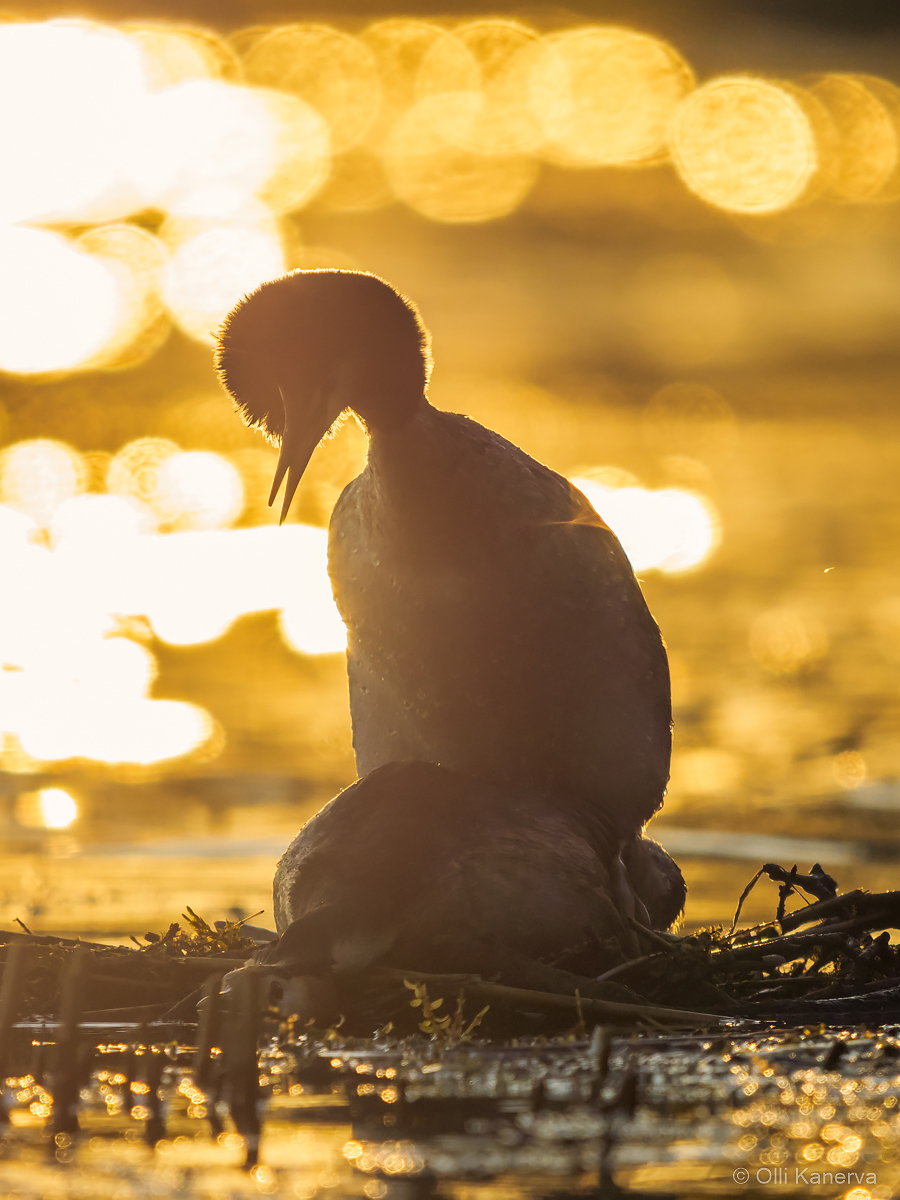 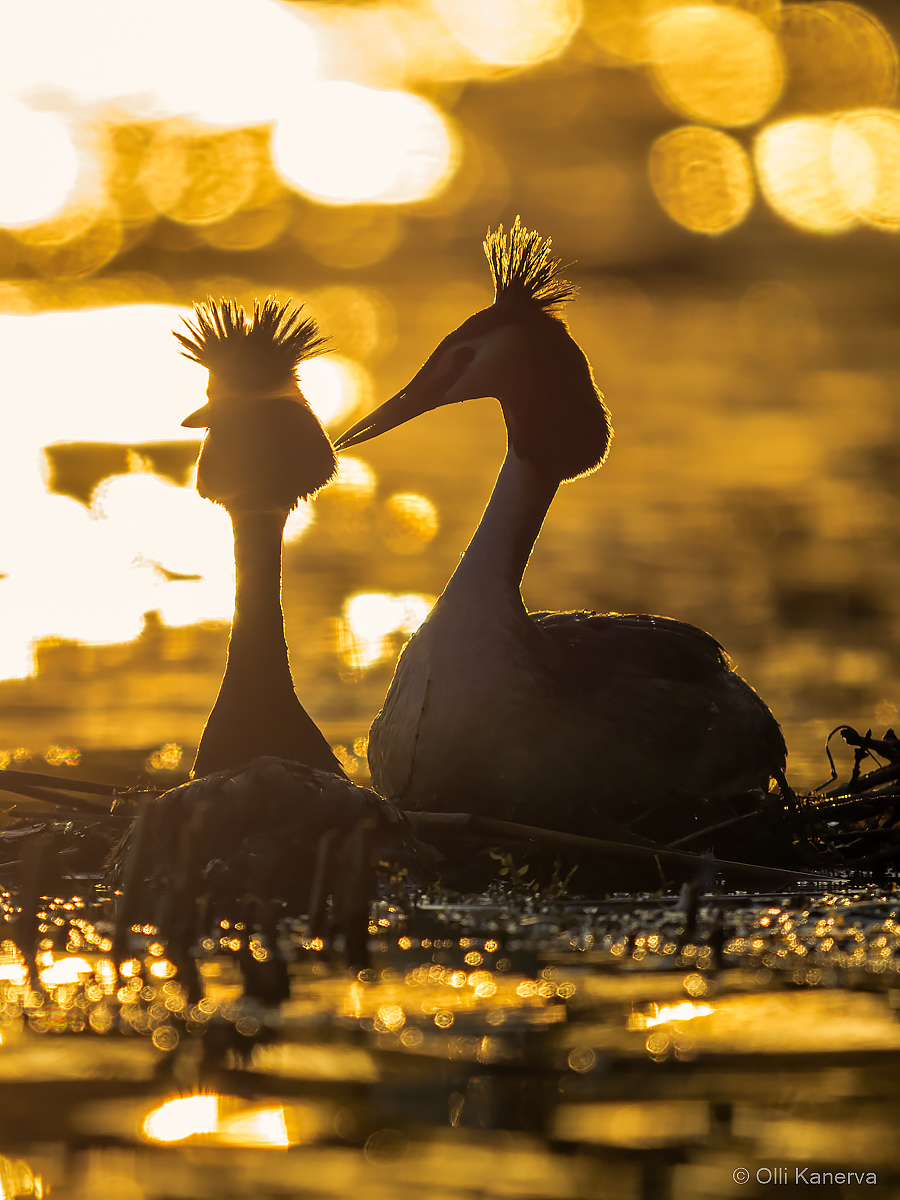 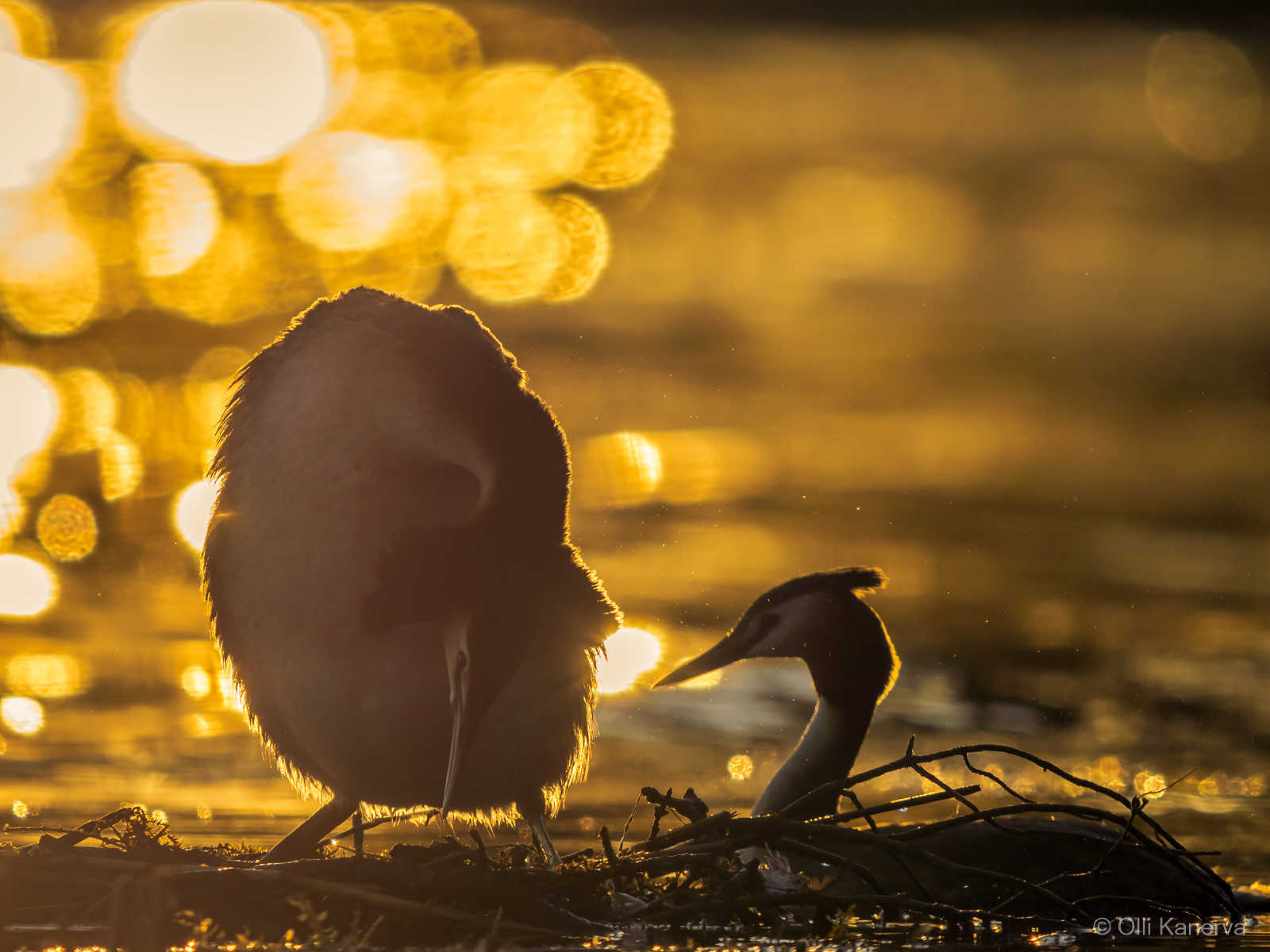 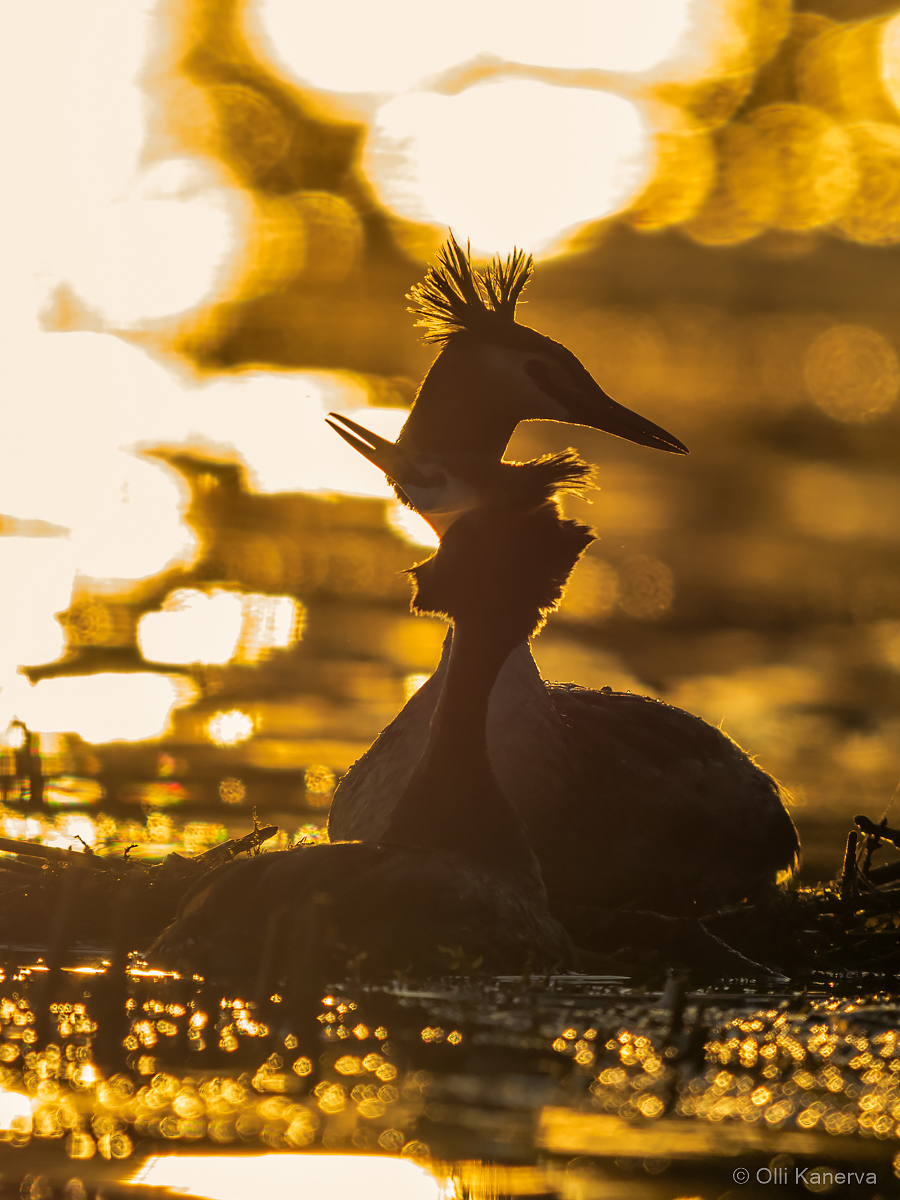 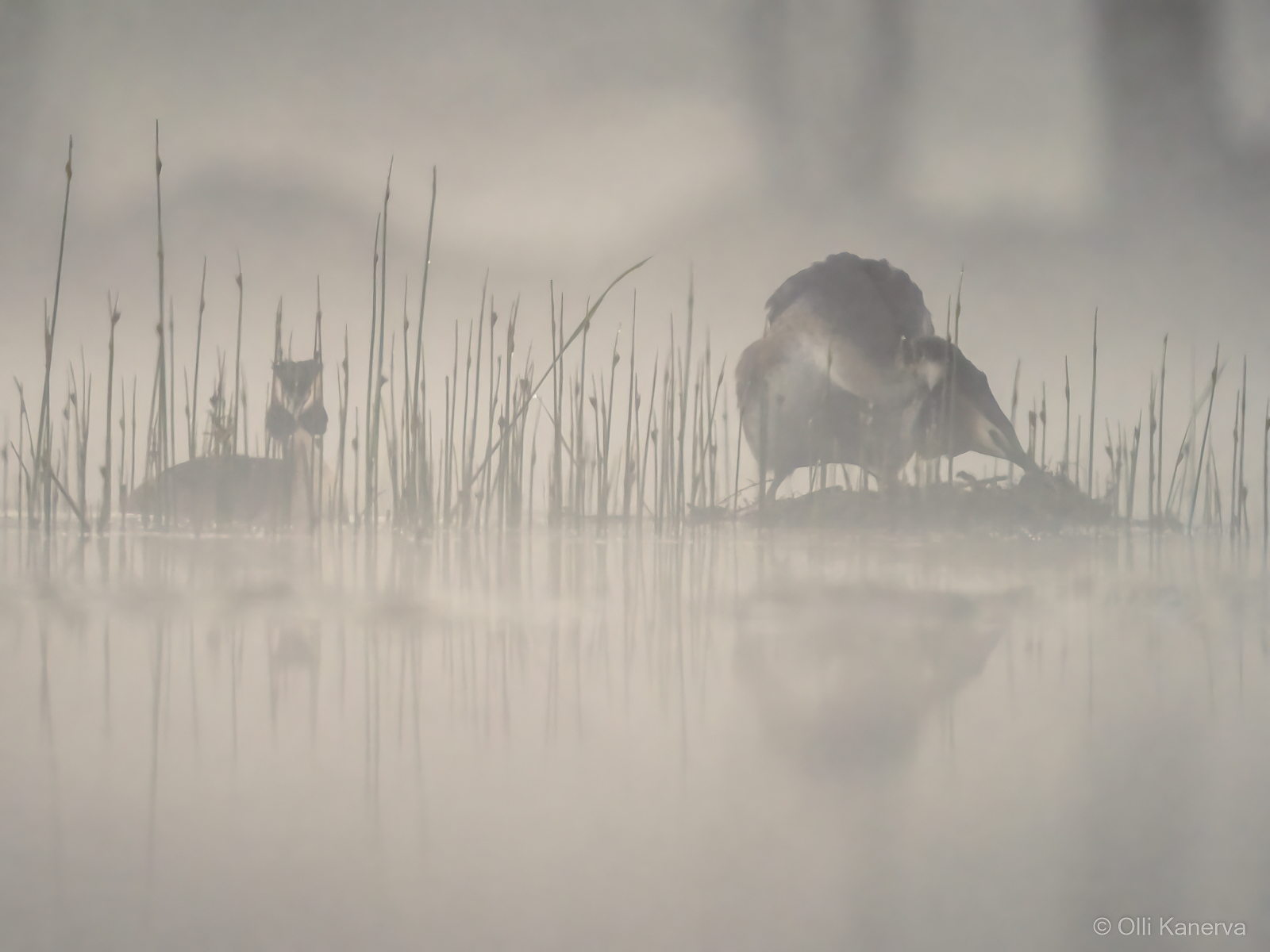 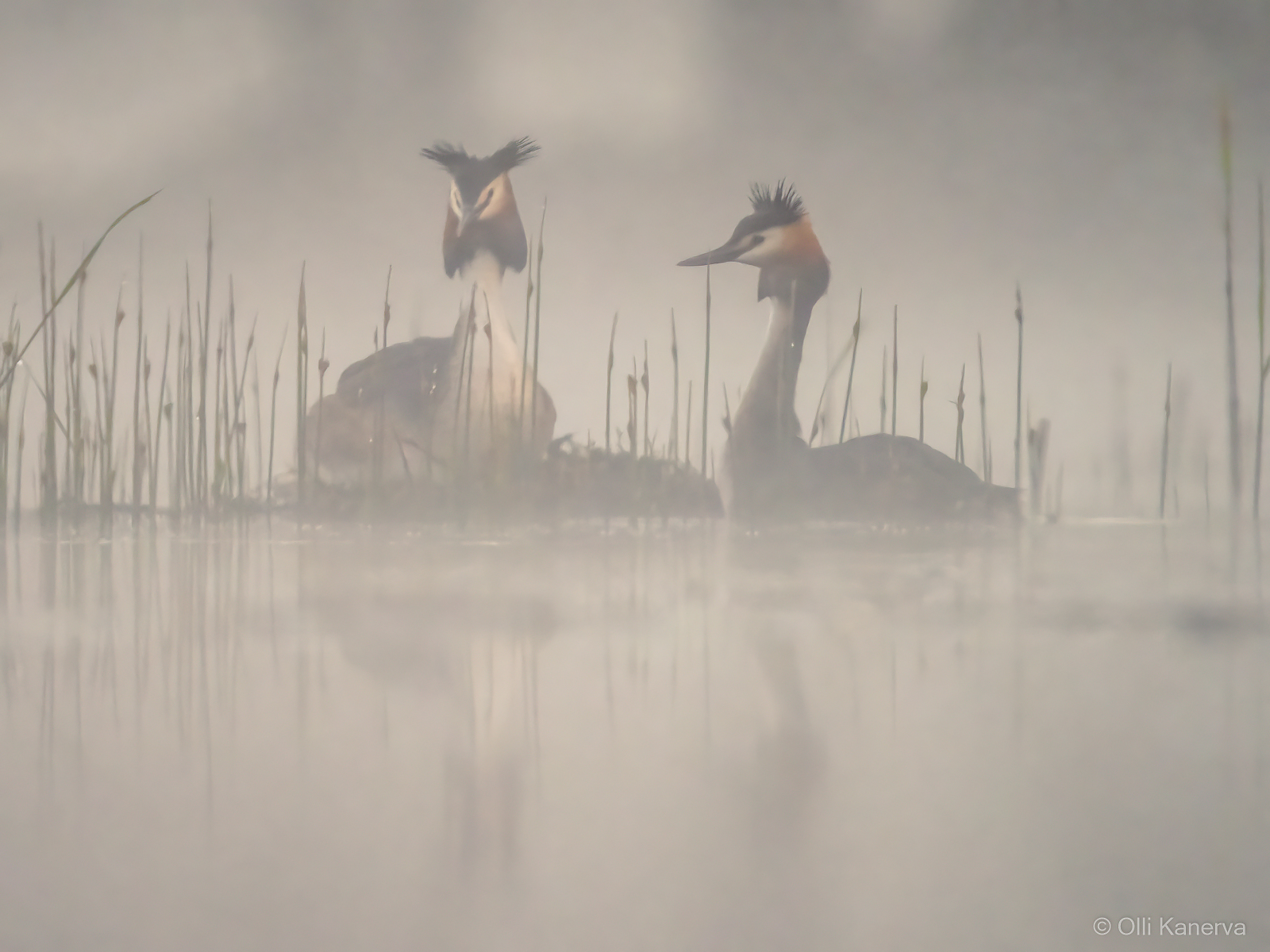 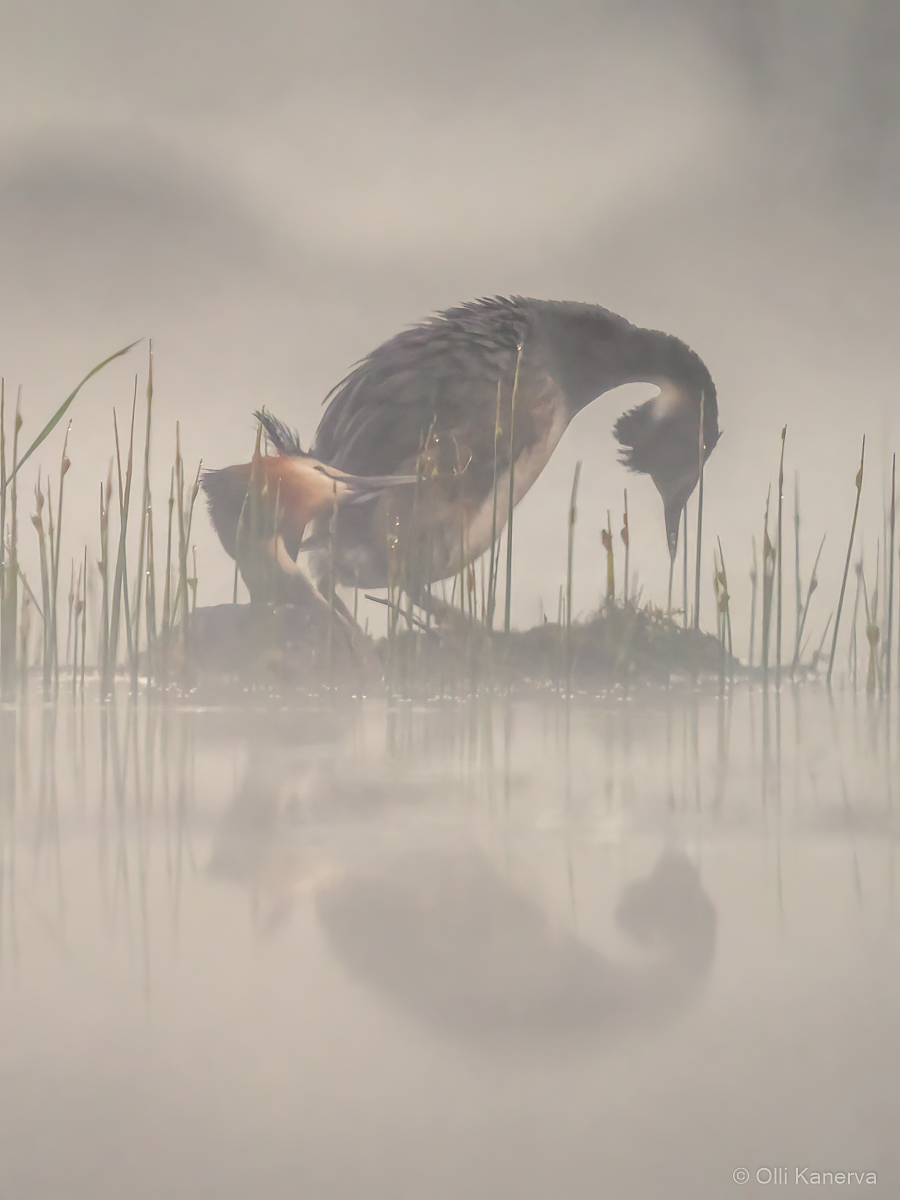 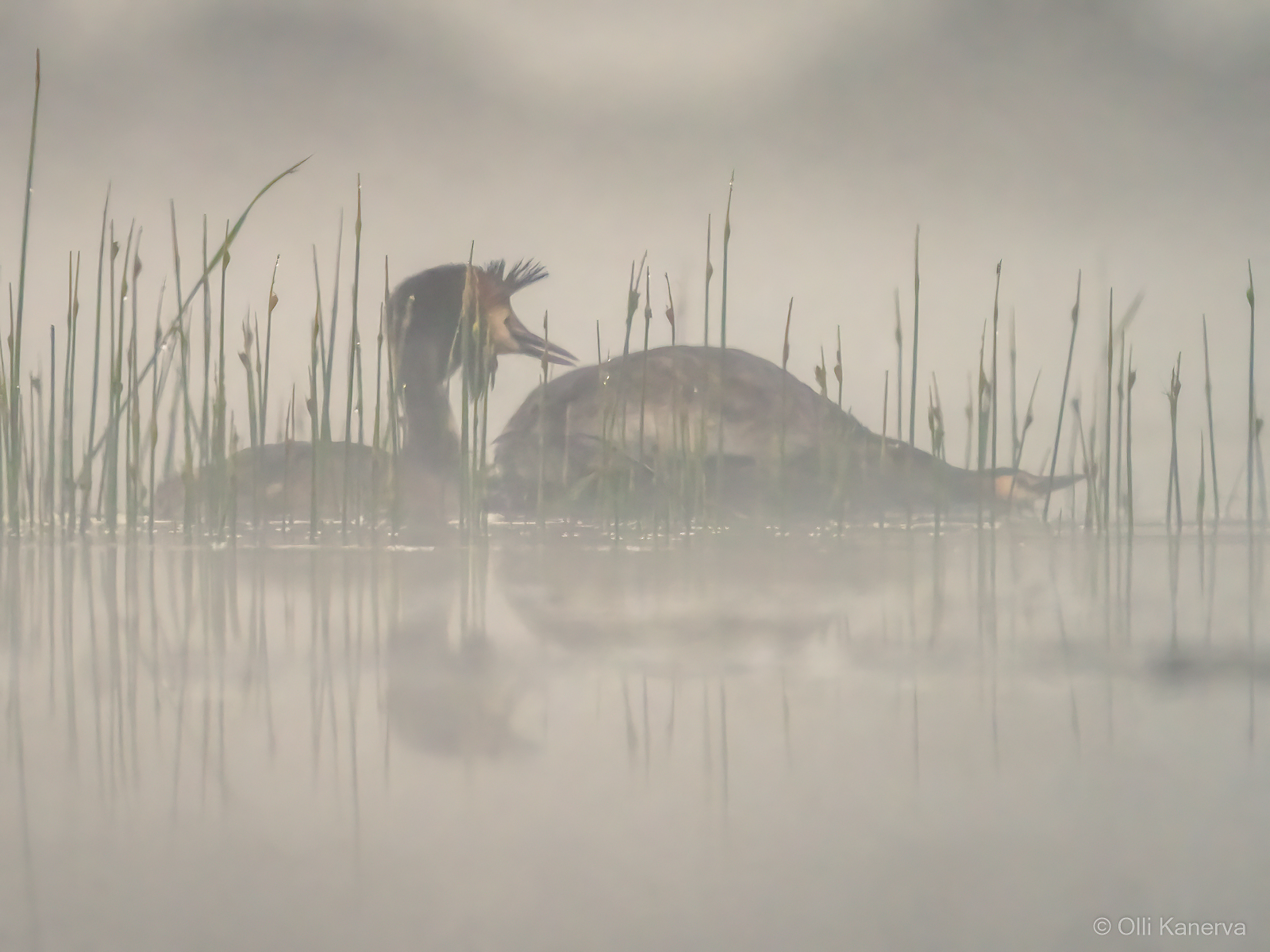 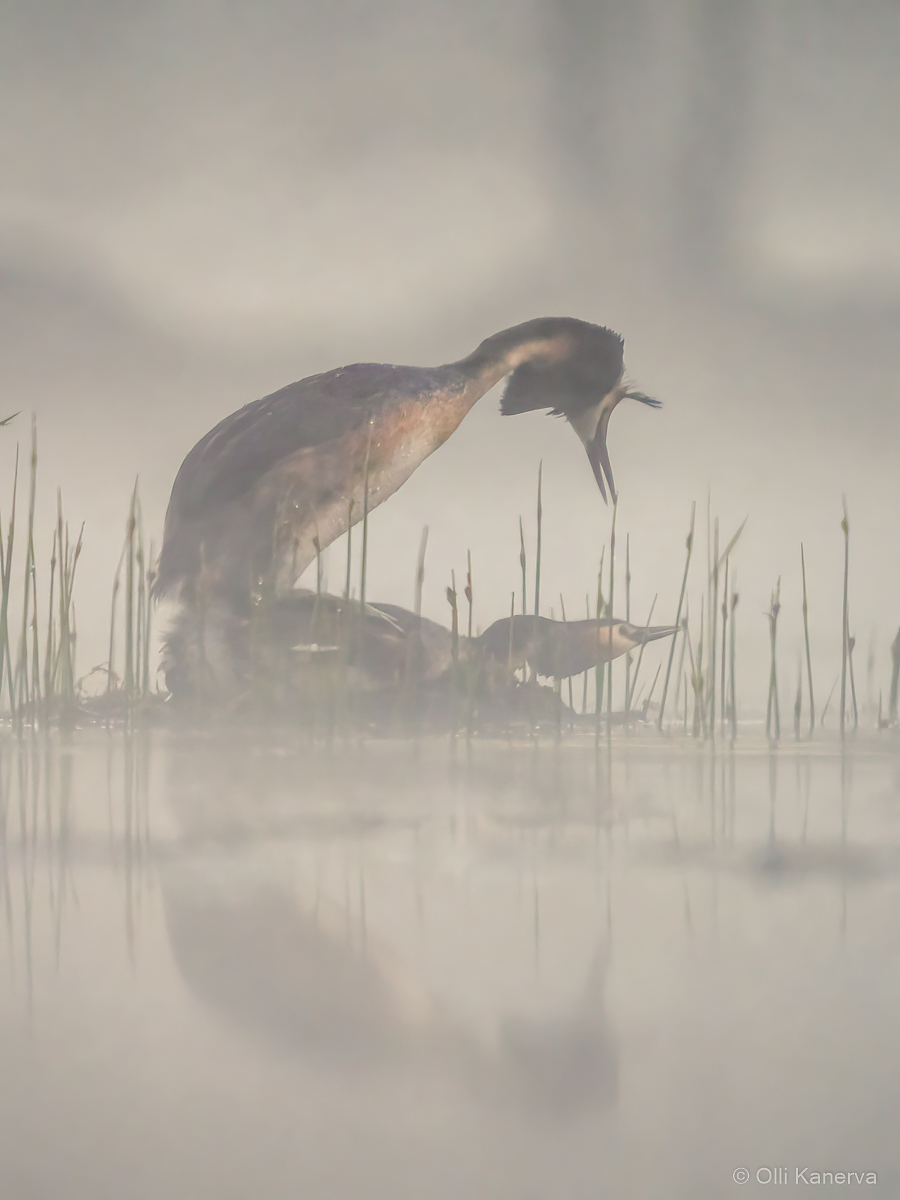 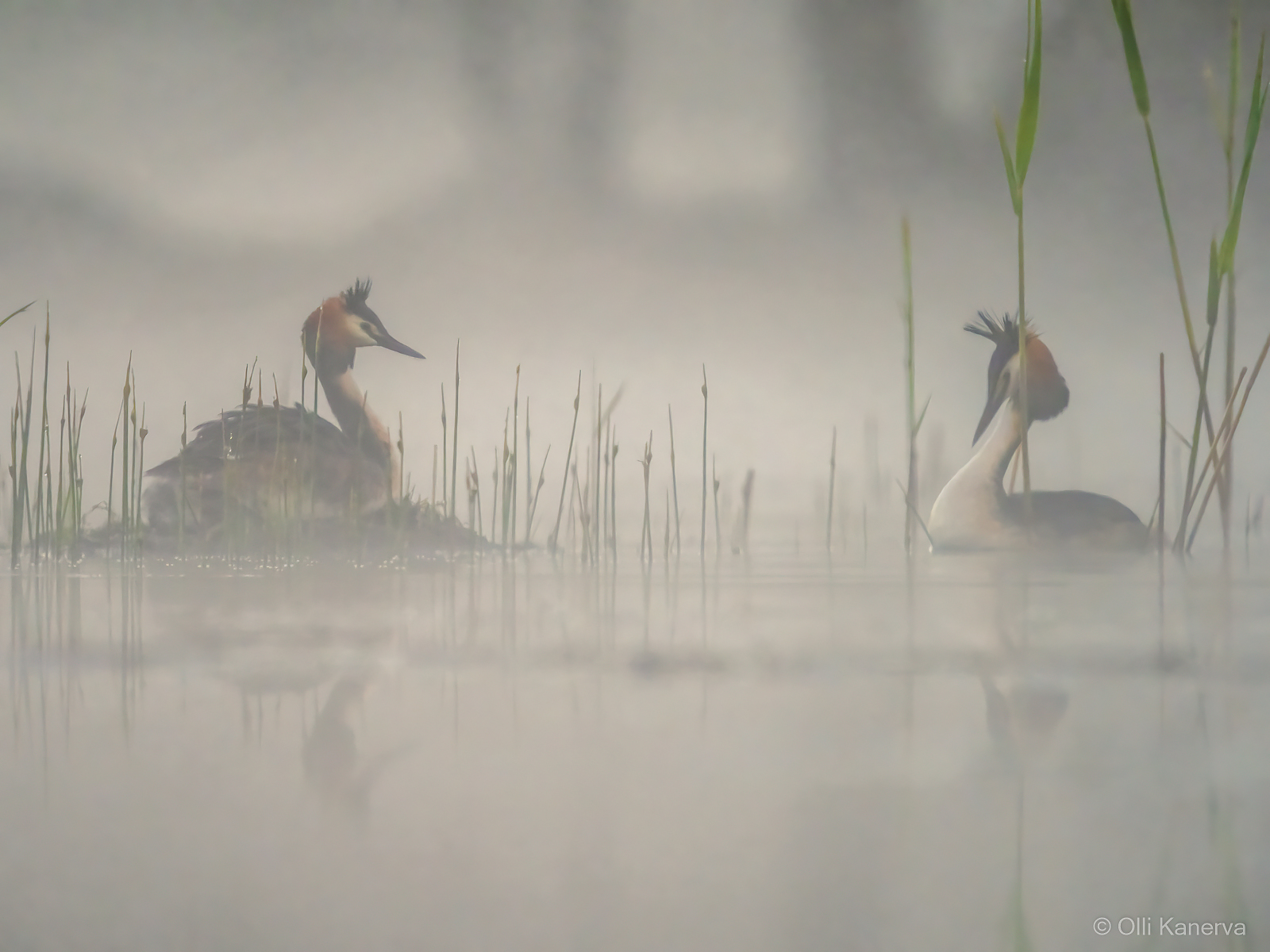 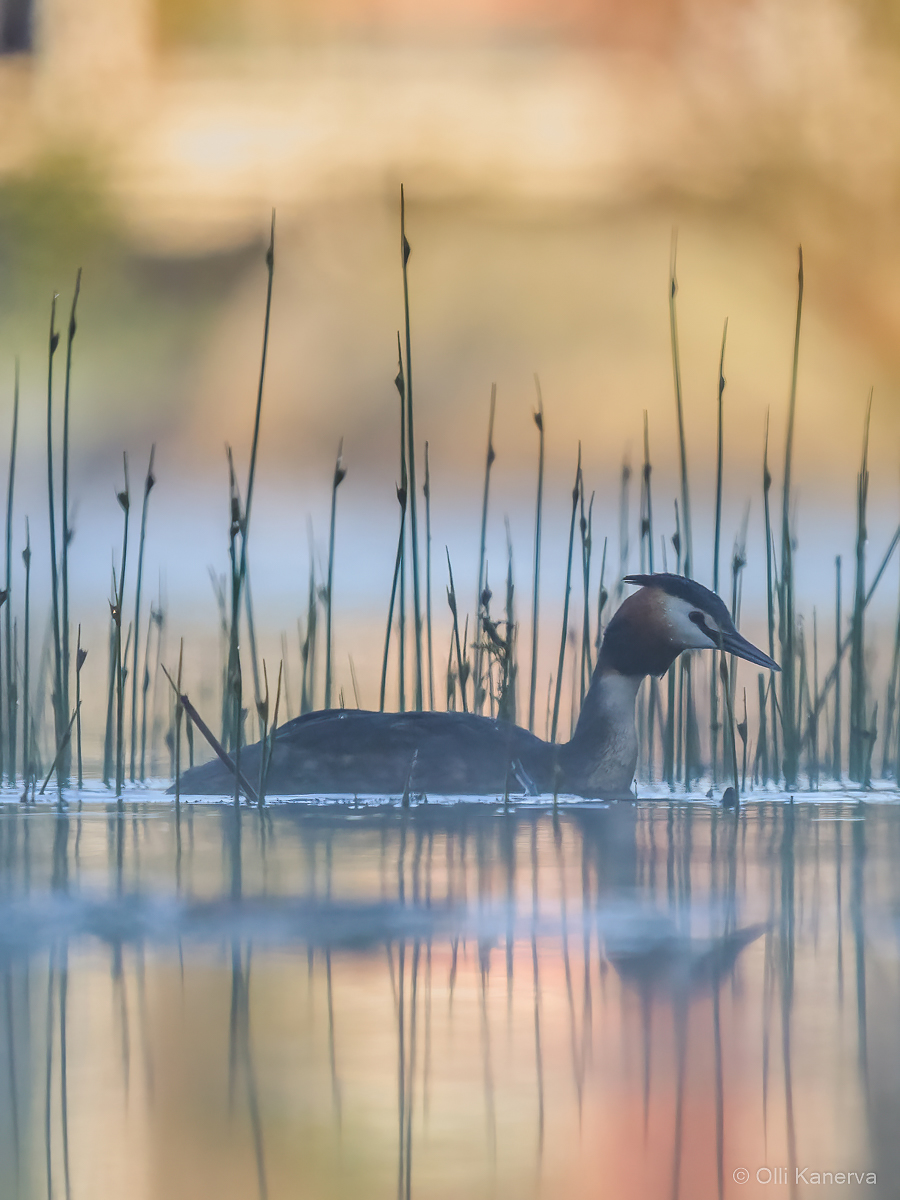 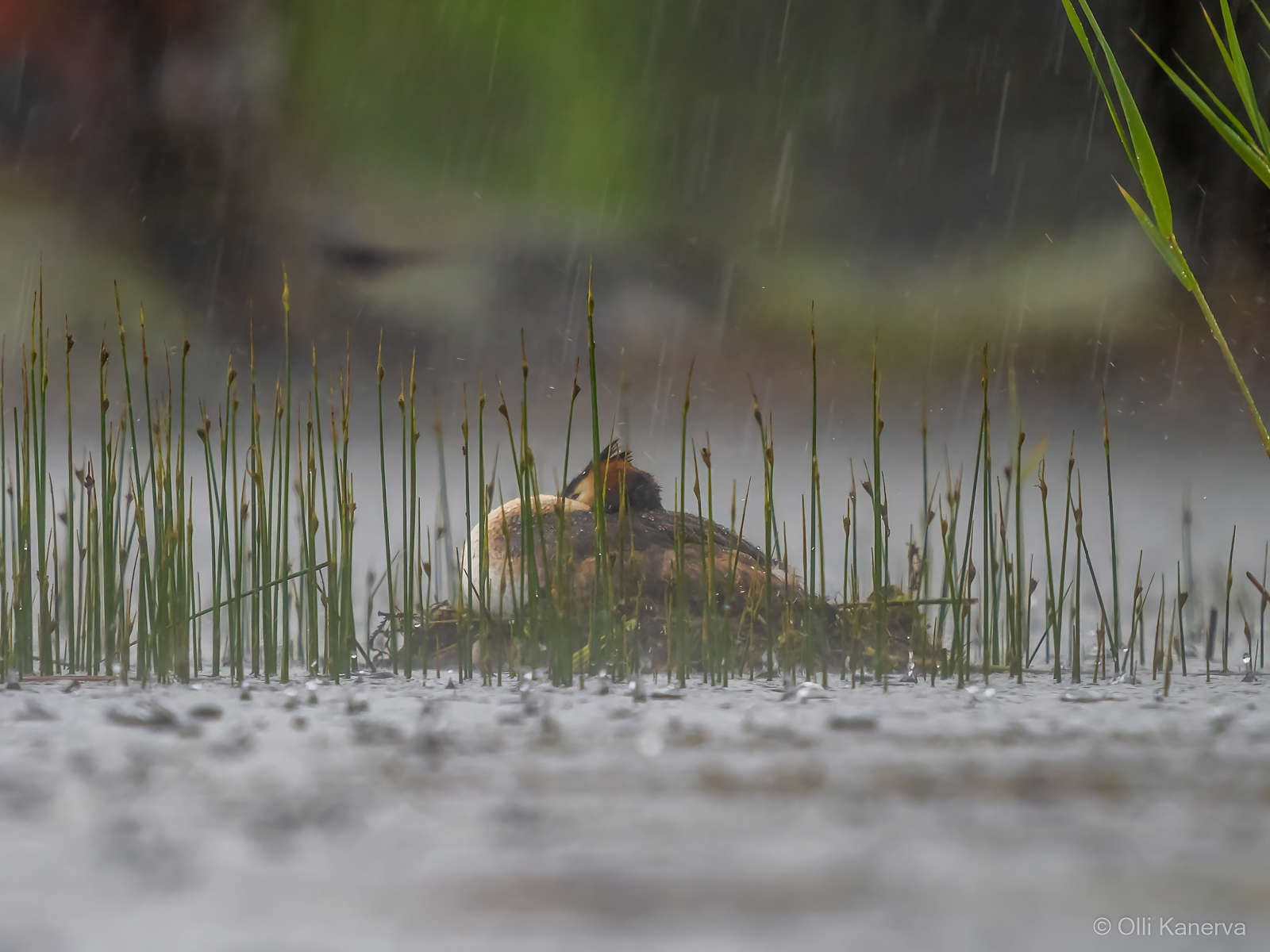 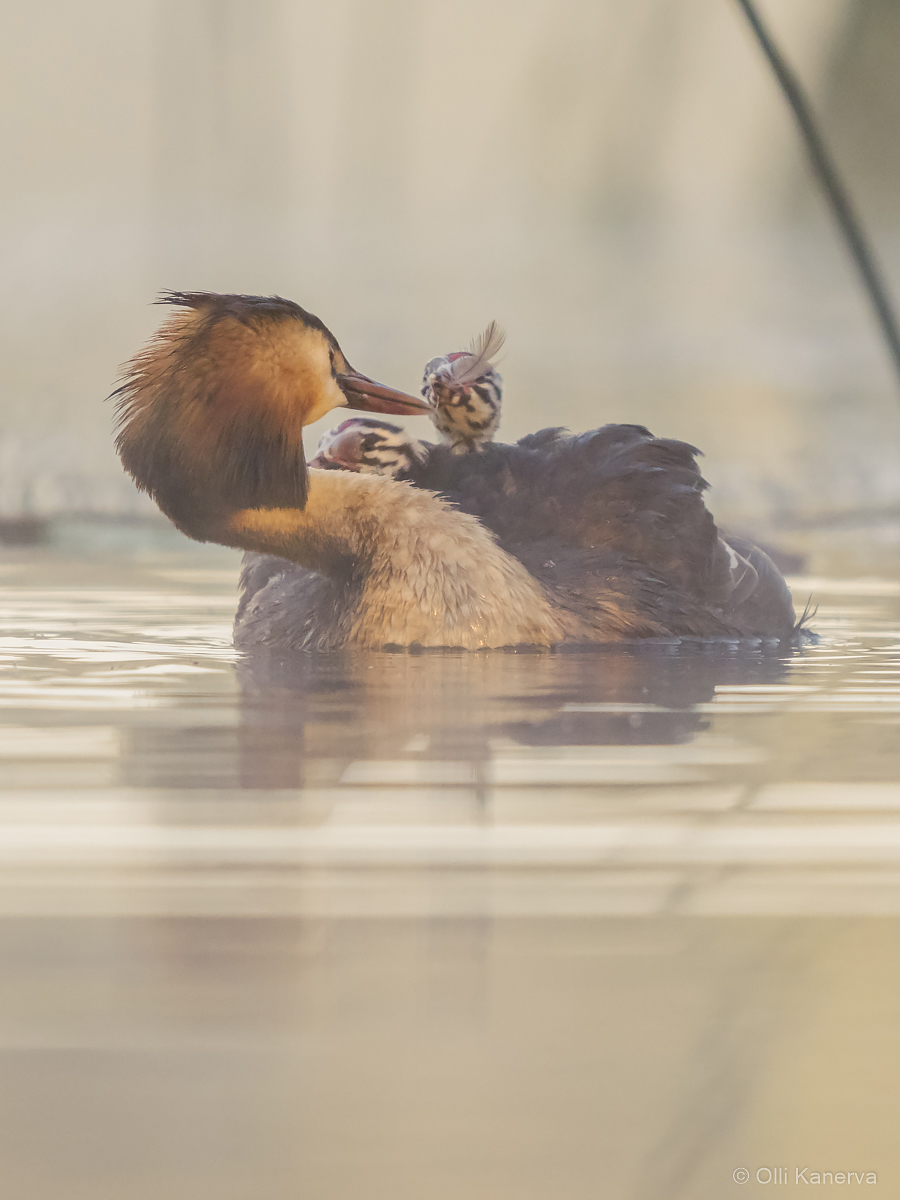 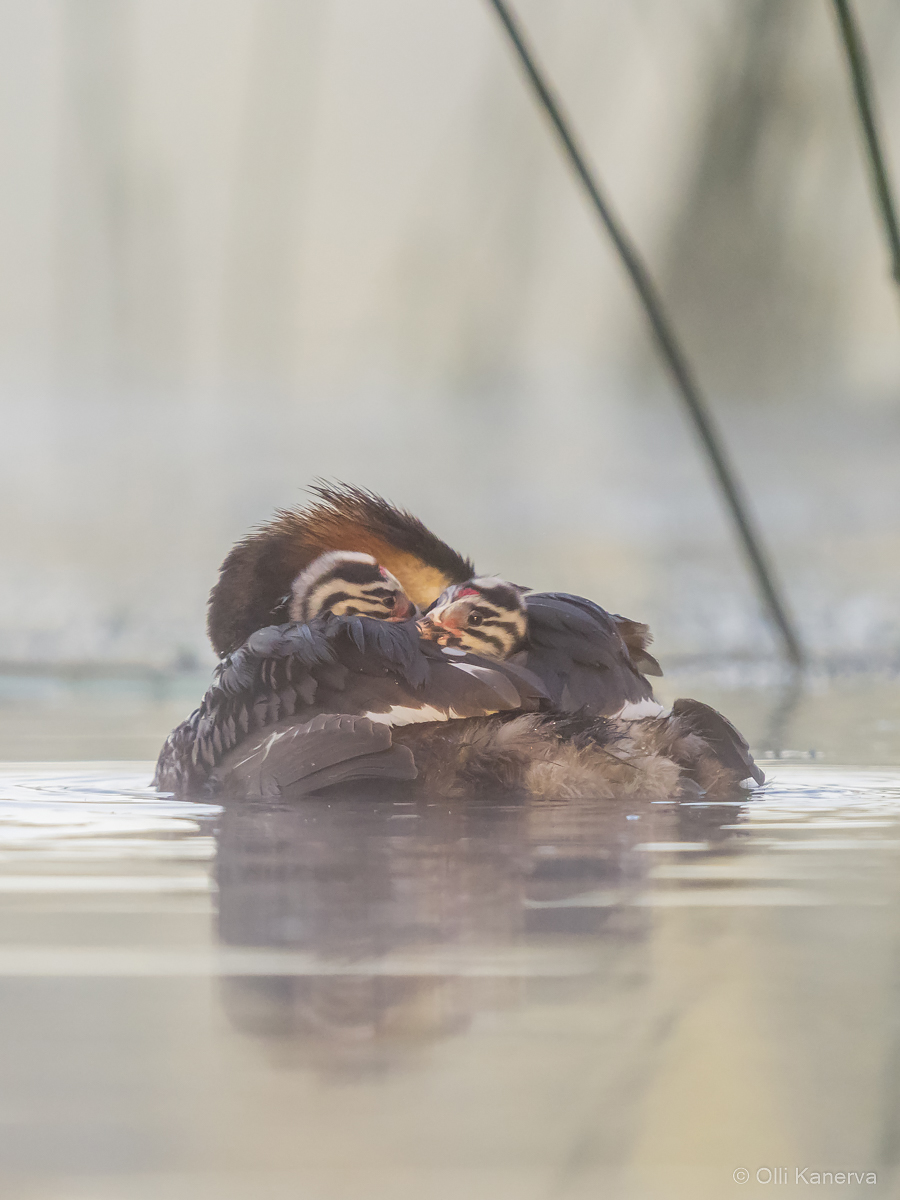 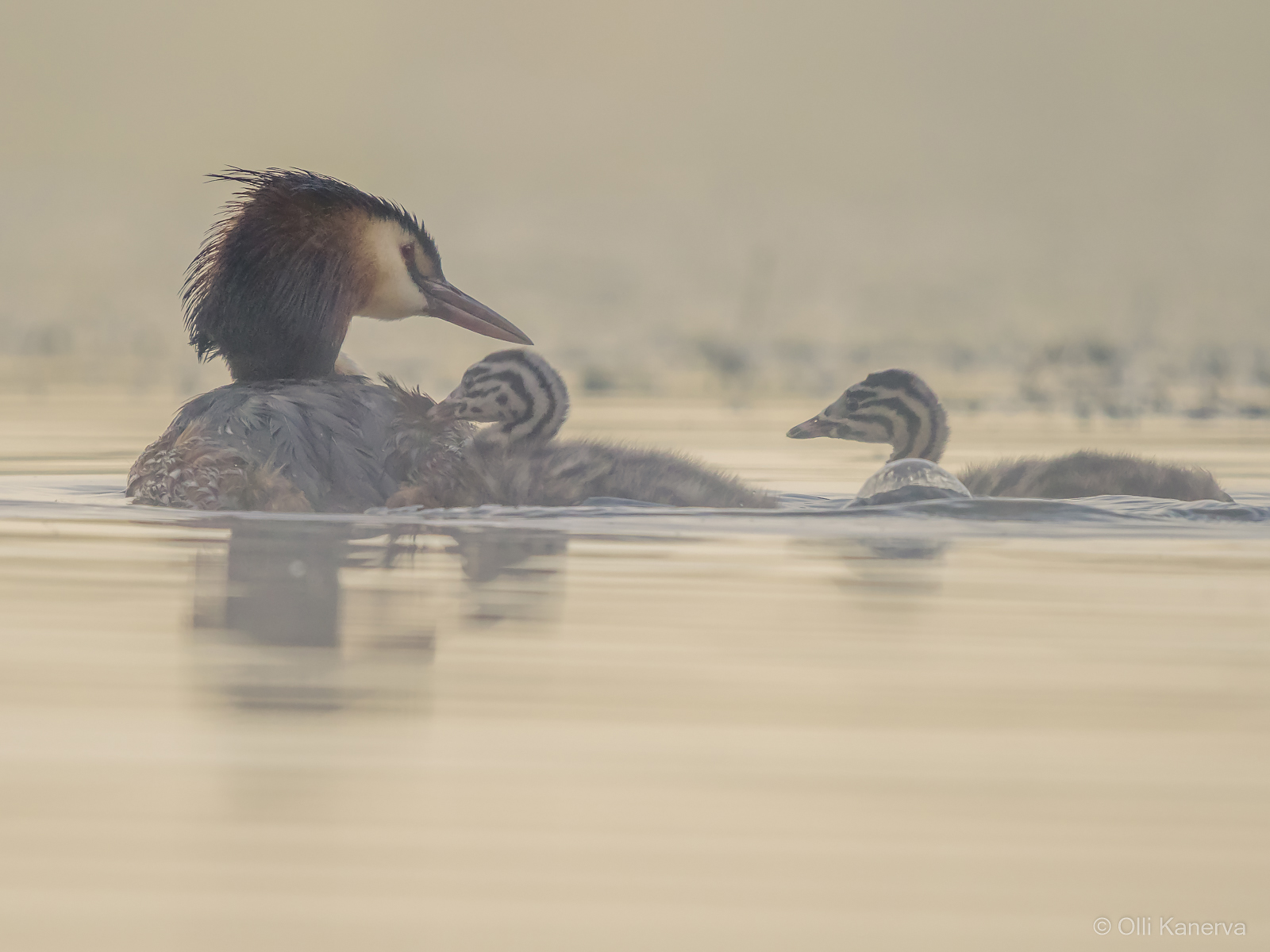 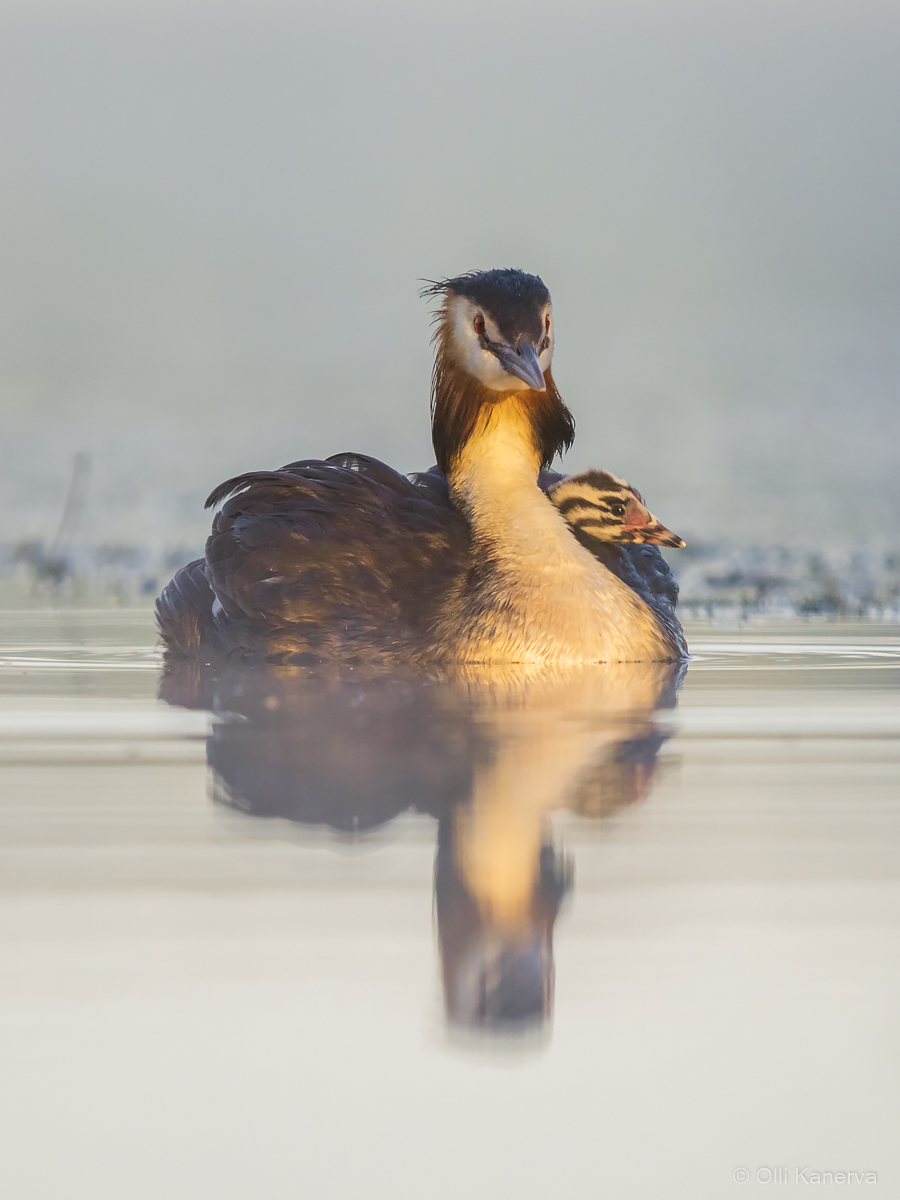 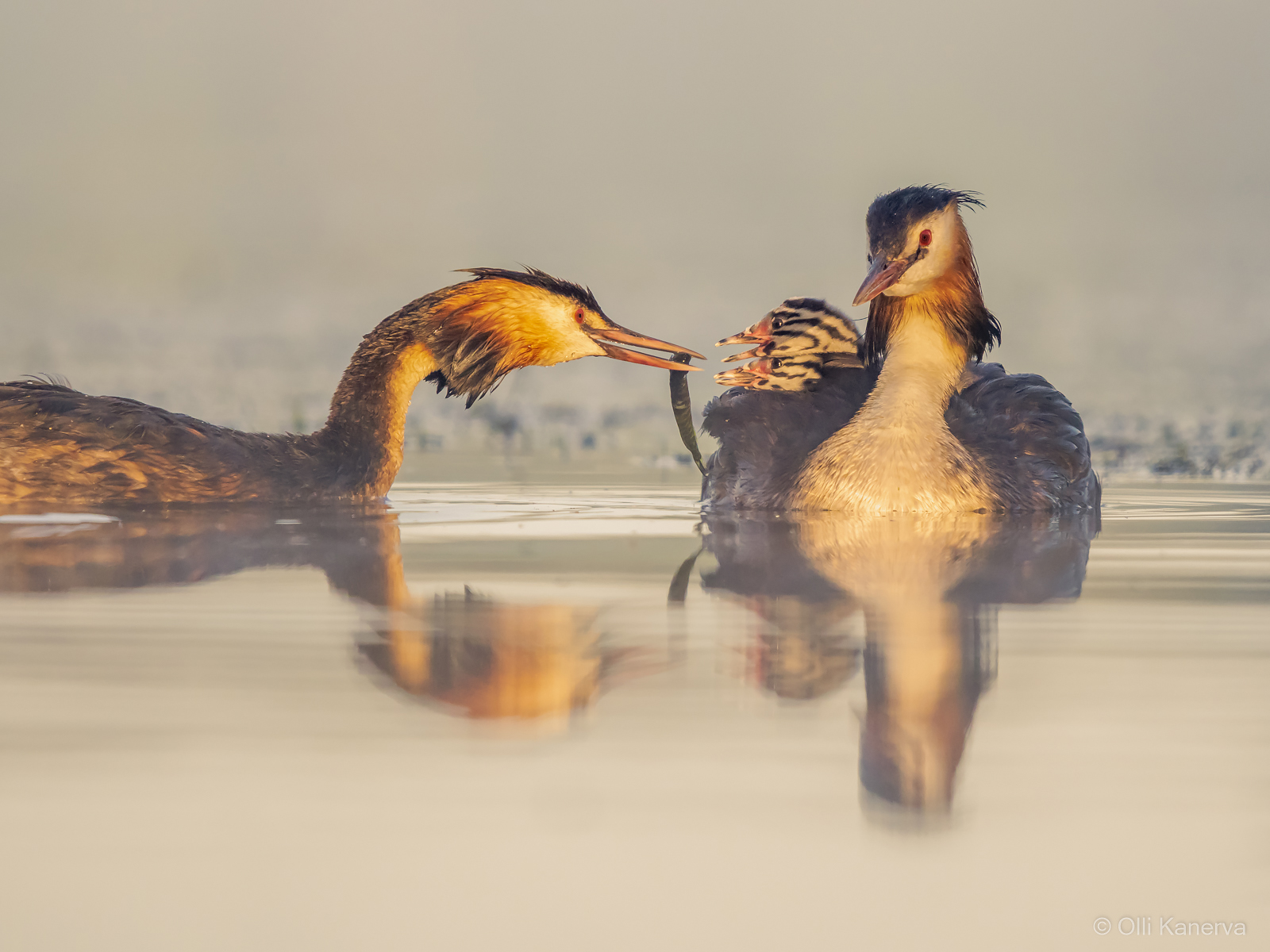 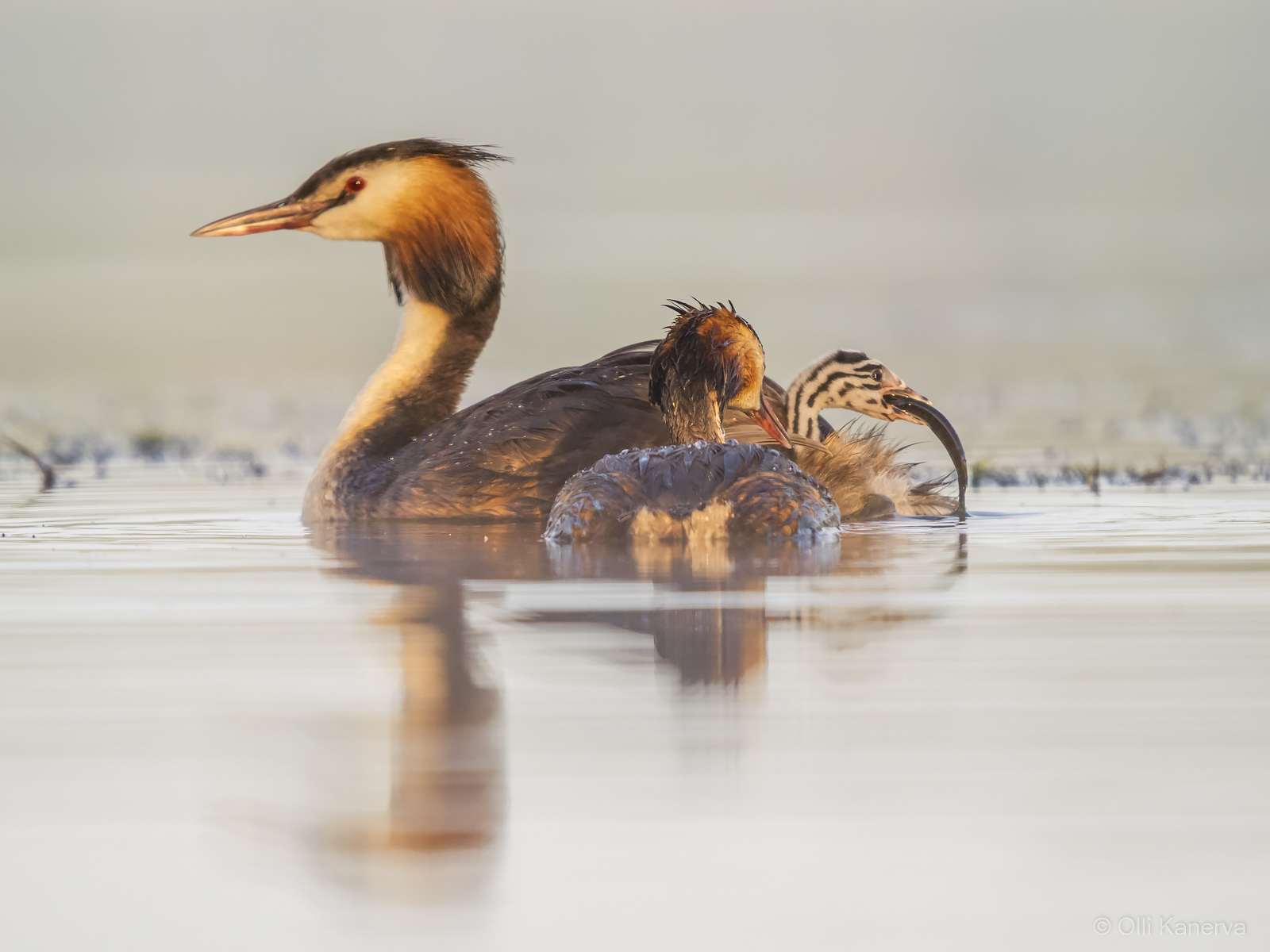 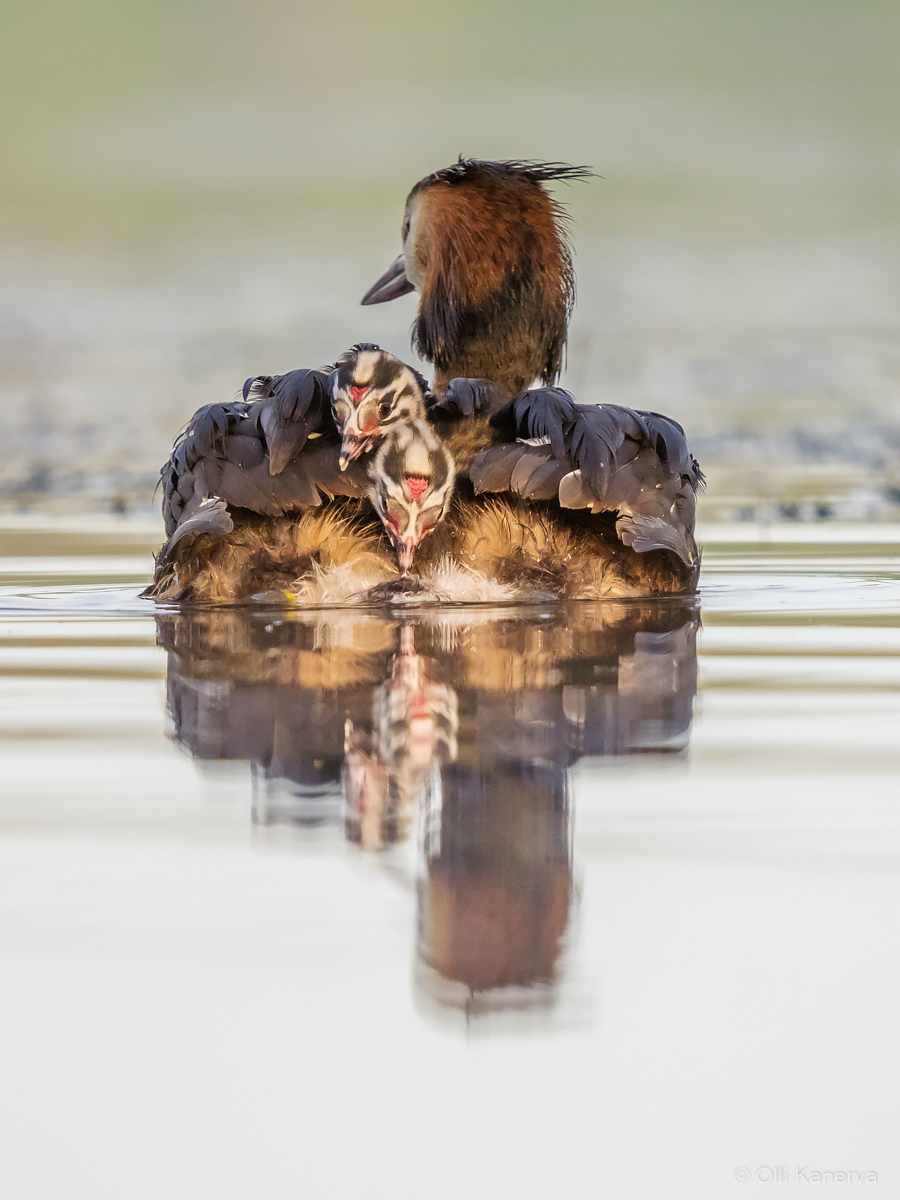